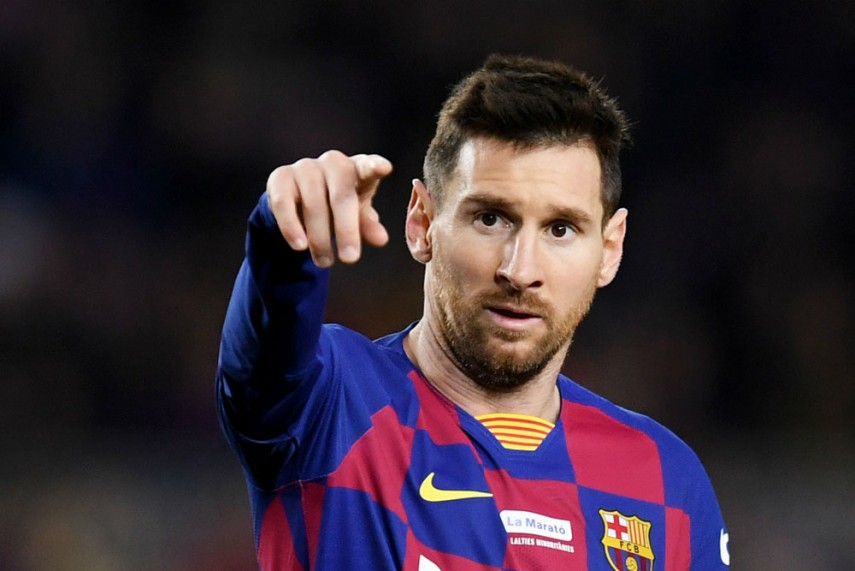 Lionel Messi refused to attend the pre-season medical tests at Barcelona on Sunday as his request for a transfer away from the club persists.

First team stars have been reporting at the Blaugrana’s Sant Joan Despi training centre intermittently to undergo health checks ahead of the forthcoming season, amid the continued threat of coronavirus.

Newly hired manager Ronald Koeman was present including the rest of his technical crew.

The player were not quick to turn up however, Jordi Alba and Martin Braithwaite were the first players to arrive at the scene.

Barcelona outcasts, Luis Suarez and Arturo Vidal also checked in, despite having both been linked with moves away from Camp Nou in recent weeks, but Messi appears to have deliberately avoided the screening.

It was earlier reported on Saturday that the six-time Ballon d’Or winner would be absent from the tests so as to reiterate his intentions that he no longer wants to be a part of the squad.

Messi still wishes to depart from the club on good terms and wants to sit down with the board to finalise the terms of his exit as soon as possible.

The 33-year-old had a clause in his contract that permitted him to leave Barcelona on a free transfer at the end of each season, however this elapsed in June.

However, Messi’s legal team are willing to argue that the break in the 2019-20 campaign forced by the coronavirus pandemic essentially ensured that the clause in question remained valid until August.

The Argentine forward handed in a formal transfer request on Tuesday, and there have been reports of Pep Guardiola being in contact with the star forward over a possible transfer to Manchester City.

Messi’s soured relationship with Barca’s heirachy reached breaking point following the 8-2 massacre at the hands of Bayern in the quarter-finals of the Champions League.

Barcelona’s highest goalscorer still harbours ambitions to add several more major trophies to his collection before hanging up his boots, and no longer feels he can remain competitive at the highest level in his current surroundings.

Several other high-profile potential suitors have been linked with Messi in addition to Man City, including Inter, Paris Saint-Germain, Juventus and Manchester United.

Former PSG midfielder Fabrice Pancrate wants to see the Barca superstar make his way to Parc des Princes, and has predicted that Guardiola and Juve talisman Cristiano Ronaldo could join the Argentine in the French capital next year.

“There are plenty of things that make me say that Messi is going to Paris. Ronaldo will join him in 2021. Guardiola too,” Pancrate told Le Parisien.