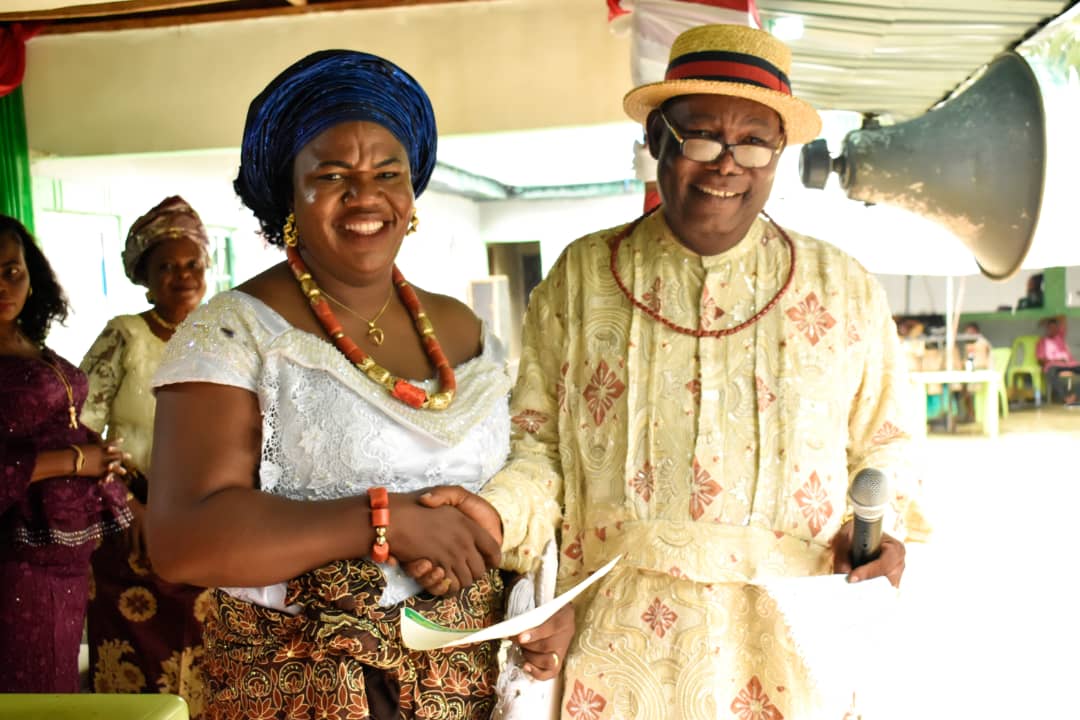 The President of Emete R’ Urhobo, the female wing of the youth body of Urhobo Progress Union (UPU), Worldwide,
Efedede Onajite, has ended her one year tenure in office, saying that the journey .was successful, as she thanked Urhobo nation for the support she enjoyed while in office.

In a press statement made available to this medium, she thanked God for a successful one year tenure as president .

Her words: “Emete R’ Urhobo was created to be a voice to women of the Urhobo extraction and to be a succour to those who clamour for help from the government and the society at large.

Recall that Emete R’ Urhobo was inaugurated on Sunday, 30th June, 2019, and Efedede appointed as the first-ever President alongside 24 ladies representing the 24 Kingdoms of Urhobo land.

According to her, during her tenure she was able to reach out to some prominent Urhobo sons and daughters to share the group’s vision of training the girl child, adding that the likes of Olorogun Festus Keyamo SAN, Minister for Labour and Employment trained some ladies through the NDE programmes.

Furthermore, she also disclosed that Dr. Sunny Akpoyibo, President, Council For Renewable Energy, Nigeria also trained 25 ladies on renewable energy and went on to empower them to be financially independent entrepreneurs through their involvement in the green economy, saying that the said ladies were certified as professionals in green growth evonomy.

Continuing, she said that during her tenure also, the Emete R’ Urhobo, UPU Abuja Chapter was inaugurated.

She continued: “I am most grateful to God Almighty that has kept us alive and guided us and gave us the ability to achieve these feats in one year without any blueprints.

“Now that my tenure has ended, I pray he raises more women to do much more than I did so that Urhobo nation will continue to grow and shine against all odds.”

Efedede also thanked all members of her executive for investing their time, the support, contributions and patience, as she also thanked the President General, Chief Joe Omene and his exco members for the opportunity to serve.