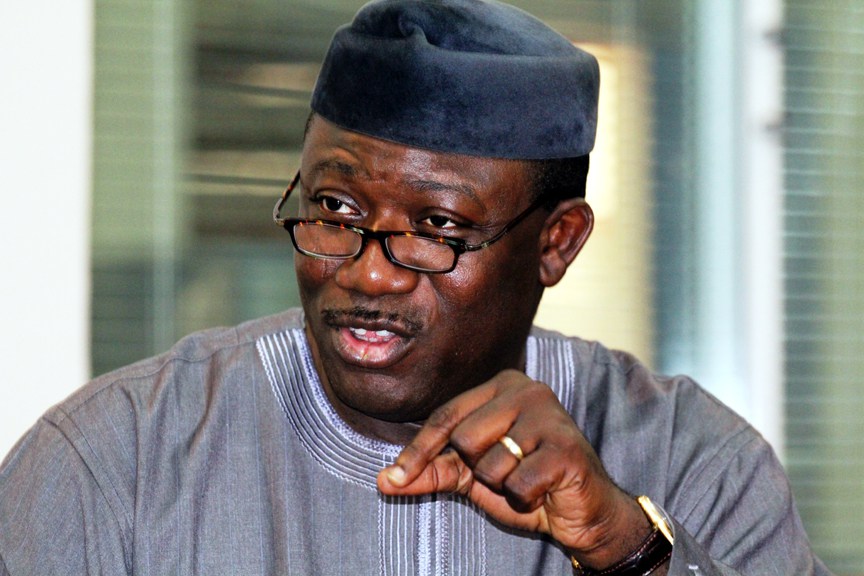 READ FULL STATEMENT-
The attention of the National Secretariat of the All Progressives Congress (APC) has been drawn to a purported and widely-reported “suspension” of the Governor of Ekiti State, H.E. Kayode Fayemi as well as an earlier reported “indefinite suspension” of some other party members in the state.

The actions are a nullity as the Party’s National Secretariat is yet to receive communication from the state chapter on the purported “suspensions”.

We strongly advise all members to adhere to our Party constitution.

Governor Kayode Fayemi remains the leader of the party in Ekiti State.

In line with the mandate of the Governor Mai Mala Buni-led APC Caretaker/Extra-Ordinary National Convention Planning Committee and the President’s admonition to party members to ensure and support ongoing amicable and rancour-free settlement of internal party disputes, we call on our esteemed party members and leaders in Ekiti State to be duly guided.

For the avoidance of doubt, the Architect Paul Omotosho-chaired APC Ekiti State Working Committee is the authentic, valid and duly recognised Executive as no factions or divisions exist in the State Chapter.