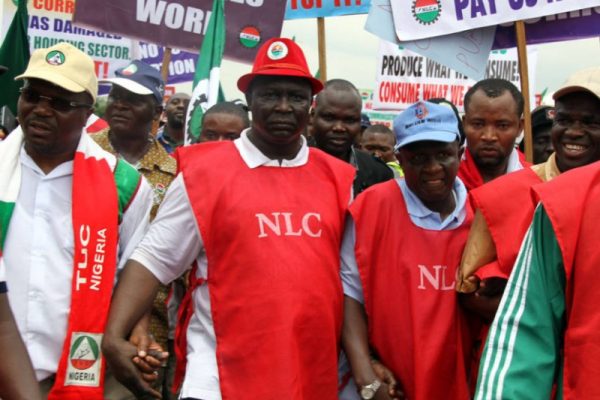 The Guardian reports that NLC reluctantly accepted this after it was pressured by other unions. The news outlet added that the decision was influenced by petrol marketers, tanker owners and other stakeholders.

Going further, the report added that the federal government also accepted to reverse the increment in the electricity tariffs. The meeting started 8.37pm last night at the banquet hall of Aso Rock on Sunday.

Meanwhile, both labour unions will only take a final decision on the matter when it reached concrete agreement with government. NLC and TUC have accepted deregulation as a policy.

Earlier reports had showed that the speaker was in a meeting with the leadership of the organisation to come to an amicable resolution of the issues surrounding the grievances over the recently increased price of petrol and electricity.

The meeting between Gbajabiamila and the NLC leadership reportedly held at the National Assembly Complex in Abuja.

Legit.ng also reported that in a second attempt to stop the NLC and the Trade Union Congress (TUC) from embarking on their planned strike, the federal government recently obtained a fresh court order. NLC and TUC had slated their protest for Monday, September 28, over the recent hike in the price of motor spirit known as petrol and the electricity tariff.

Related Topics:DeregulationLabour Unions
Up Next

JUST IN: Lagos Curfew Now 10pm To 6am– Sanwo-Olu

Delta: Asking Students To Pay COVID-19 Levy Is Another Form Of SARS- Sovereignty