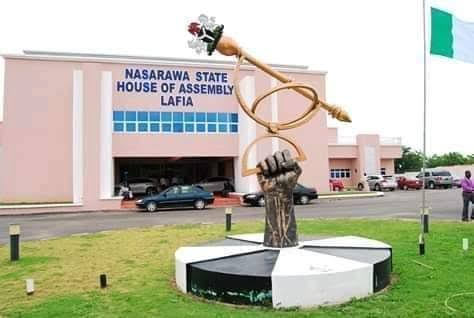 Ahead of October 6 local government elections in Nasarawa State, the state Assembly has said that it would ensure strict adherence to LG laws passed by the House, especially the legislative aspect to enhance service delivery and strengthening democracy for effective check and balance at the LG levels.

The House also revealed that the incoming LG elected officials will serve for three years tenure in office advising all the DPMs of the 13 LGAs in the state not to collect loans from commercial banks or embark on any capital projects before the election of the new chairman on October 6, 2021.

Chairman, Nasarawa State House of Assembly Committee on Local Government, Barr. Ibrahim Mohammed Alkali stated this when the state ministry for LG led by its Commissioner, Yusuf Aliyu Turaki, State LG Service Commission led by its Chairman, Barr Sani Bawa and all the DPMs of the 13 LGAs appeared before the committee on a joint oversight in Lafia today.

Alkali also advised the DPMs not to carry out any screening of staff for now.

“Don’t take loan facilities before the local government election which will usher in new council officials. You are to ensure regular payment of your staff salaries.

The chairman commended the DPMs for being in charge of their local governments while calling on them to be up and doing towards the development of their councils.

He added that the house is committed in supporting Governor Abdullahi Sule’s drive in repositioning the LG system as according to him when the new officials were ushered in the LG legislative will be strengthen to ensure checks and balance, while the LG Service Commission will remain independent and all remitting will strictly be adhered to.

On their parts, the commissioner for Ministry for LG, Yusuf Aliyu Turaki and Chairman State LG Service Commission Barr Sani Bawa commended the committee for supporting their activities to succeed and called for its sustenance.

The duo assured of their readiness to work together for the overall development of the state, adding that the embargo on employment is still in place.

Responding, the DPM, Lafia Local Government Council, Osabo Mohammed Ahmed appreciated the committee and the ministry for LG for giving attention to the development of their councils.

He assured of their readiness to abide by the advice given by the committee for development to thrive.