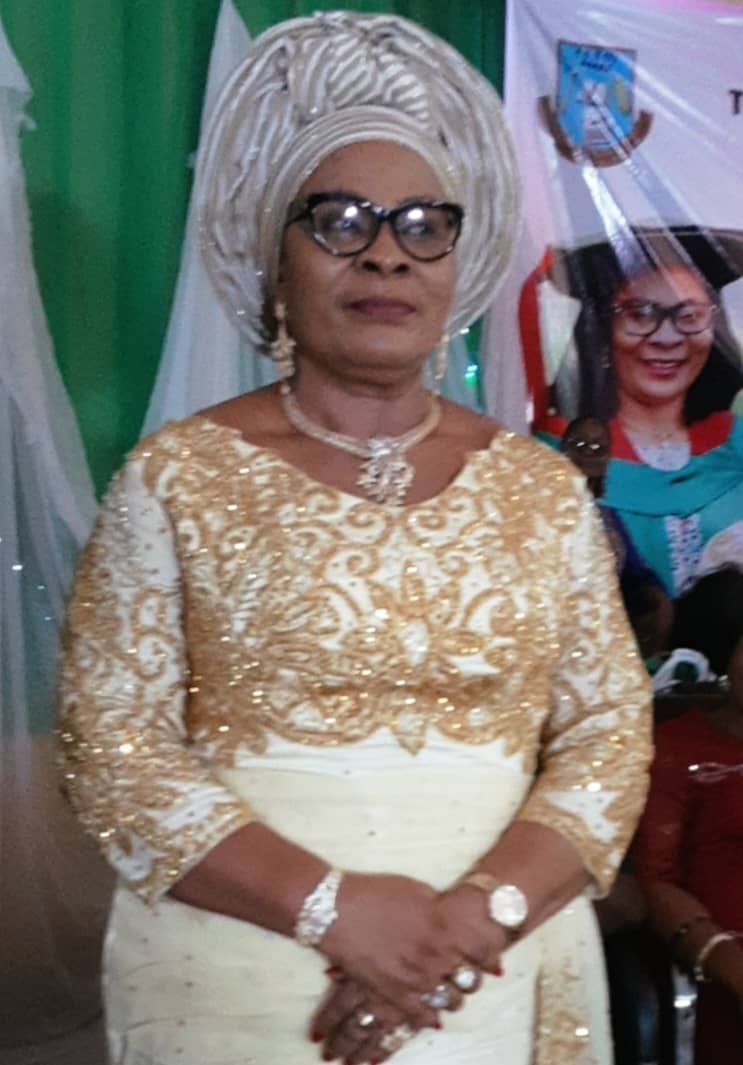 It was literally a rain of encomium at the Federal College of Education (Technical), Asaba, (FCET) Delta State, as the Management, Staff and students of the college rolled out drums to celebrate the 3rd Anniversary Celebration of the Provost, Dr. (Mrs) Josephine Anene-Okeakwa’s assumption of office.

The 3rd Anniversary ceremony held at the Main Auditorium Federal College of Education (Technical), Asaba, also witnessed the unveiling of a special magazine in honour of the Provost described as an uncommon achiever, Dr. (Mrs) Josephine Anene-Okeakwa, christened, “The Making of A Scholar Par Excellence.”

Speaker after speakerat the colourful and elaborate ceremony that attacted who is who in the country, paid glowing tributes to the uncommon achievement of Dr. Anene-Okeakwa, whom they said came into office at a time when the College was passing through a moment of trial but rose up to the occasion by mobilising the college community to face the challenge headlong.

The Azagba of Asaba, Obi Professor Chike Edozie, represented at the ceremony by The Owelle of Asaba, Engr. Sir Christopher Chukwurah, described Dr Anene-Okeakwa as a worthy daughter of Asaba who has painstakingly redefined womanhood not only within the state, but across the country and beyond.

On his part, the Chairman of the occasion, Sir Monday John Onyeme, represented by his Executive Assistant, Dr. David Oba, described Dr. Anene-Okeakwa as an erudite Scholar, seasoned administrator, game changer and a trail blazer. “Your appointment as Provost was a masterstroke given the enviable height you have taken the institution in so short a time in office. Your mark of excellence is clearly visible to all and sundry. ”

“Inspite of obvious challenges occasioned by paucity of funds, dwindling students’ enrollment/IGR, the Provost’s visionary leadership, due diligence and selfless services, have repositioned the College as a great citadel of learning standing tall in the comity of Colleges of Education in Nigeria.”

Also speaking at the auspicious gathering, the Chief Host and Chairman, Governing Council FCE(T), Asaba, Prof. Kabiru Ishyaku, commended the Provost for her doggedness and steadfastness which according to him was the result of the day’s celebration. He charged the Provost not to rest on her oas but continue to thrive towards the upliftment of the college and society at large.

The immediate past Provost of the College, Dr. Nwanze Ignatius Ezoem, congratulated Dr. Anene-Okeakwa on her successful three years of efficient, proactive and effective leadership of the the great citadel of learning, adding that despite the economic challenges in the nation, she have taken Federal College of Education (Technical), Asaba to another level.

“Indeed, without mincing words , your three years tenure as Chief Executive and Provost of FCE(T), Asaba, promoted and sustained a good working relationship among staff, absolute peace within the students and cordial relationship between the college and the community/public. Also within these three years, you have raised structures such as new ICT Complex, Hostels to mention but a few.”

The Registrar, Alhaji R.M.F Adepoju, who described Dr. Anene-Okeakwa as an amiable, resourceful, hardworking, beautiful and elegant Provost, prayed Almighty Allah to continue to give her the enablement and wisdom to pilot the affairs of FCET Asaba to the promised land.

He reminded those still doubting the capacity and capability of the Provost, that they have not seen anything, saying, “More blessings and successes will stare them in their faces. Anyone whom God has blessed, no man/woman can pull down. Ride on our juwel of inestimable value. It is well with you.”