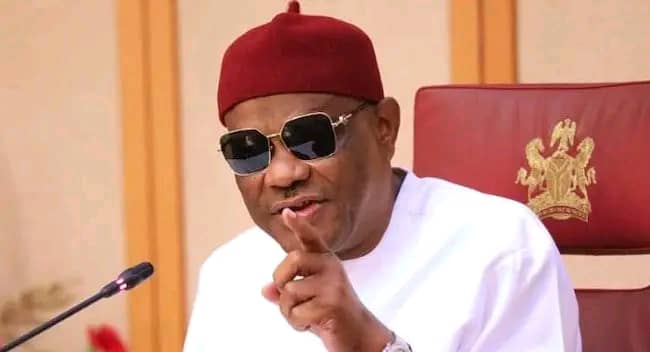 When the stormy petrel governor of Rivers state, Barrister Nyesom Wike, threw his 13 percent derivation windfall bombshell last week, his fellow Niger Delta governors must have been gutted even as ordinary Nigerians within and beyond the oil-producing areas were alarmed. It was a shock to me that some governors can receive such a humongous amount of money in these austere times when salaries and pensions are not being paid, when infrastructure is decrepit, and when development as a whole is arrested all over the place – and yet keep quiet about it! While Wike said he has been building flyovers and executing other developmental projects in his state with the windfall, the question on many lips is: What have the other governors who received a similar windfall been doing with their own? How much was received? And did they just receive it and keep quiet? How will they expend it? Or will they just walk away with it or utilize it as campaign funds or whatever? Another question that bothered me was why such conspiracy of silence was possible in a democracy and where there are a plethora of checks and balances put in place or are expected to be!

But for Wike’s squealing on his colleagues, what would have happened to this money – or, better still, what do we know has already become of the money in many of the recipient states? Only petty thieves steal millions or tens of billions these days! But, if I may ask, where are mortal men taking all these monies they steal to? They stash it away instead of putting it into productive activities and if the videos making the rounds on social media are anything to go by, such monies go waste and are lost both to the thieves and the country as a whole. Is this not sheer madness? Now that Wike has let the cat out of the bag, some of his colleagues have come out of their comfort zones to offer explanations or tell cock-and-bull stories better told to the Marines! I will be interested to know if my dear state, Ondo, received anything and how much. Or are we not considered an oil-producing state any more? May we also receive something because there are backlogs of salary and pension arrears to offset! Amen!

But tell Wike he is piling up enemies for himself where it mattered most – among his own political, social and economic class! It is important for him to note this. If he is consciously committing class suicide, he should know what he is doing and do so with his two eyes wide open. And he does not need to go or look far before receiving help in this regard; he should ask his friend, the erstwhile fire-spitting governor of Ekiti, Peter (the Rock) Ayodele Fayose. Sadly, the masses that Wike is fighting for today do not fight for, defend or come to the rescue of anyone tomorrow. Quite unfortunately, they do not even bother to defend their own interests, least of all defend the interests of others. Fayose in his heyday was literally a single tree that made a forest; he was a lone voice crying in the wilderness, shaking Buhari like no man’s business. But where is Fayose today? Once you lose immunity, you become castrated. Wike enjoys immunity today and is the poster boy of activism but he should ask the former governors around him how it feels to be an ex-governor. Wike will soon join their ranks. And the level will change. And his voice will become mooted like those of the ex-governors milling around him today. And his relevance will diminish drastically. He will no longer carry the same weight that he does today.

If Wike is lucky, he will install a successor in office. And if he is lucky still, he will be able to manage the godfather-godson relationship that has gone sour everywhere too soon. He should know this because of his own personal experience with Rotimi Amaechi. All over the country, except in a few cases, the godfather and godson relationship usually does not last long. It is not two weeks; yet, we can see what is already oozing out of Ekiti where things are already falling apart and the centre is no longer holding. Godfather and godson and their supporters are said to be already at each other’s throats with proxy war already in full swing! Another pitfall ahead of Wike is the G-5 or Integrity Governors’ Forum which he leads. He should know that if they make the wrong choice and back a horse that will “lu’le” in 2023, to quote Asiwaju Bola Ahmed Tinubu, himself and the others not coming back as governor will be in real trouble. With immunity gone, the G-5 governors will sweat it out. Their only saving grace is if they back the winning horse; short of that, Wike and the others have problems loading for them; more so if the man they have resolutely stood against emerges winner. But I digress!

Back to our main topic! It is the explanation of the Delta state government that has thrown some light on this matter of 13%. Hear them as they were reported in the media: “Delta State Government yesterday debunked media reports credited to Rivers State Governor, Nyesom Wike, that it had collected refunds from the federal government without disclosing it to citizens, saying it only received N14.7 billion. Wike had, during the inauguration of the Port Harcourt campus of the Nigerian Law School last Friday, said President Muhammadu Buhari had approved and paid the arrears of 13 percent derivation to Rivers, Bayelsa, Delta, Edo and Akwa Ibom states. The governor said President Buhari’s gesture was the major source of revenue for his projects, including the flyovers, the Law School and the Cancer Centre… But the Delta State Commissioner for Finance, Chief Fidelis Tilije, said contrary to the revelation by Wike, Delta State only received N14.7 billion in three quarterly installments of N4.9 billion each…

“Tilije…said the total amount due to the state from the 13 percent derivation arrears was N240 billion, which the federal government agreed to pay in quarterly installments for a period of five years… He said: ‘With the agreed amounts settled, some states like Rivers approached commercial banks and discounted theirs in full and collected but (Gov.) Ifeanyi Okowa said he would not want to leave the next administration with a huge debt burden. He resorted to discounting only N150 billion out of the N240 billion expected receivables but later pruned it down to N100 billion. So far, we have got N14.7 billion in three quarterly installments and we have also accessed N30 billion out of the N100 billion we applied for as bridging finance’ he explained.

“The commissioner stated that contrary to the impression given by Wike that previous administrations in the country refused to pay the money to the oil-producing states, the discovery of the outstanding funds was made by current commissioners for finance in the Niger Delta states. ‘The present Commissioners for Finance of the nine Niger Delta states looked into the books of the NNPC and discovered that 13 per cent derivation was not deducted from subsidy payments and investments in priority projects by the company. We took the matter before the FAAC and National Economic Council and got them to approve the payment in arrears to the affected oil-producing states. It is important to state that this was only discovered under the Buhari administration, which he subsequently approved’, he said”.

So, Wike was right: Money was received by the states concerned. They should now declare how much and what it will be – or has been – used for. Why the secrecy in the first place? The Delta State Government’s explanation is, however, very useful. We now know the Delta State Government has collected a whopping N44.7 billion of the windfall. How has it utilized it? The states that went to banks or finance houses to discount their share of the money so they can collect everything now in one fell swoop or earlier than the five-year period set by the Federal Government must have forfeited a percentage of the money in doing so. How much was forfeited? Trust Nigerians, this could be another avenue for sleaze and money laundering. Mind my words, please – “could be” and not that I have any shred of evidence that it is!

Is it a wise thing to do to spend what is meant for the future today? What of in-coming governments? The other side of the coin, however, is: What if the federal government reneges or becomes too broke to pay at the envisaged future date? What if Nigeria itself unravels before then? The cost of projects today will not be the same in two, three, four or five years’ time because of galloping inflation. So, postponing till tomorrow what you can do today may be dangerous. Is that not so?

In all of these, let all the cards be placed face-up on the table; let there be full disclosure; and let the best decisions in the circumstance be taken. No monkey games or under-the-counter dealings should be acceptable to the long-suffering people of the Niger Delta region.
* Former Editor of PUNCH newspapers, Chairman of its Editorial Board and Deputy Editor-in-chief, BOLAWOLE was also the Managing Director/ Editor-in-chief of THE WESTERNER newsmagazine. He writes the ON THE LORD’S DAY column in the Sunday Tribune and TREASURES column in New Telegraph newspaper. He is also a public affairs analyst on radio and television.

Related Topics:13 PercentBombshellDerivationWike’sWindfall
Up Next