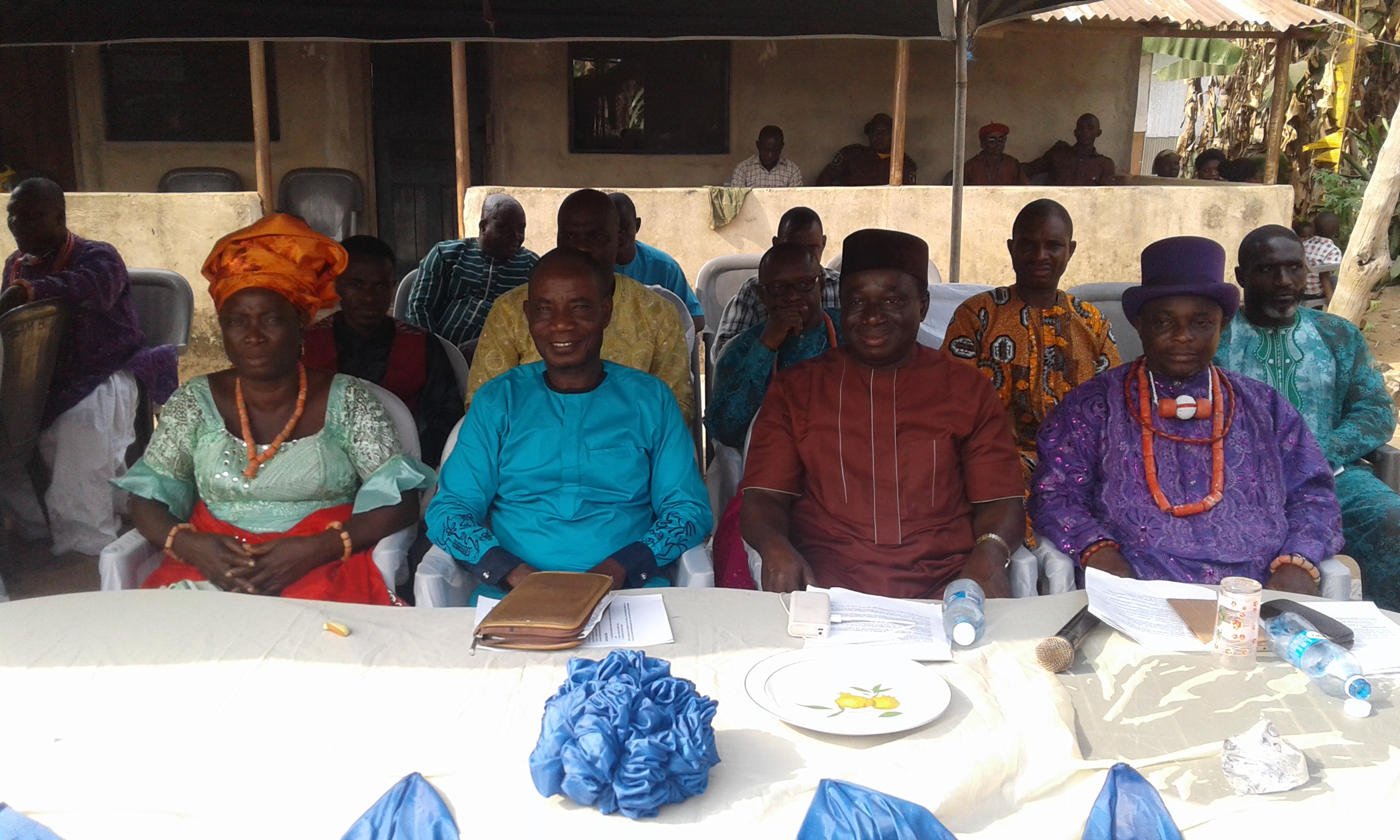 Agbarha Abraka Community of Umiaghwa Abraka Kingdom, has successfully held her ‘Agbarha Day’ celebration and ‘End of Year’ party.
This event which took place in an open space in the community recently, had the Ovie of Umiaghwa Abraka Kingdom, HRM AVM Ochuko Ararile Rtd., Avwaeke 1, ably represented by the Traditional Prime Minister of Umiaghwa Abraka Kingdom, High Chief Nath Anho, accompanied by notable chiefs from the kingdom.
During a welcome address, the Secretary of Agbarha Abraka Community Development Committee, ACDC, Chief (Dr.) Basil Iwhiwhu, opined that this year’s event was focused on appreciating and re-dedicating the community to God, saying that the community has continually experienced the divine protection of God.
On his part, the Chairman, ACDC, Mr. Festus Eghwrudje, said that after ACDC was inaugurated a year ago, they sprang into action immediately.
Chief Anho and Mr. Eghwrudje spoke to our correspondents in separate interviews.
Chief Nath urged the host community to unite against their common enemies and continue to form a formidable force.
“The Agbarha people have produced wonderful leaders, like the deputy Okanoje of the then Abraka Kingdom and other high ranking offices, and thus showed their leadership prowess over the years” he stressed.
Anho expressed joy that members of the community decided to dedicate their lives again to God during the event.
Mr. Festus opined that “the ceremony was superb, compared to previous editions.”
He noted: “The attendance from the palace is very encouraging,” adding that this signified that the Ovie and his chiefs are solidly behind them.
He added: “They have been telling us that we can count on their support and they demonstrated it today.”
“2017, was a great year. In 2018, our focus is to see that the transformer is commissioned and that we buy more concrete electric polls for the community, and also to go into community water projects and solar street lights for our people. I have appealed to our indigenes from this community to help influence government projects in the area,” he said.
He encouraged the Agbarha people to identify with the community and partner with them for the development of the area.

Delta State: We Will Do Everything Possible To Ensure Adequate Security of Life, Property, Says New CP

Ronaldo: Messi Is My Favourite Player To Watch

There Will Be Consequences If ASUU Fails To Return To The Negotiation Table, FG Warns

Ondo 2020: I Am Not Scared Of Direct Primary, Akeredoku Boasts

COVID-19: I Was Not Given Any Result Before I Was Discharged From The Isolation Centre, Says Mamuzo

Super Eagles: Dirty Deals Under Late Keshi Made Me Dump The Team– Taiye