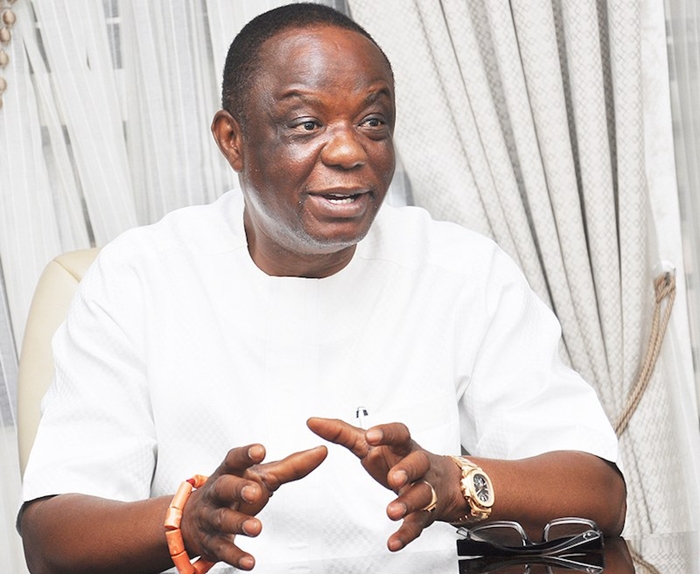 By Matthew Ogune, Abuja
Business mogul, Captain Idahosa Wells Okunbo (Capt. Hosa) has debunked media reports claiming that his current health situation was as a result of the outcome of the September 19, 2020 Edo State Governorship election which he publicly supported Pastor Osagie Ize-Iyamu.

Okunbo who debunked media reports concerning his health in a statement yesterday in Abuja frowned at the manner in which the reports were being orchestrated, rather he noted that his treatment was delayed because of the lockdown occasioned by the COVID-19 pandemic.

Statement reads: “My attention has been drawn to a rash of social media posts concerning my health and the inhuman manner in which it is being orchestrated to look as if it was as a result of the outcome of the September 19, 2020 Edo State Governorship election in which I publicly supported Pastor Osagie Ize-Iyamu.

ALSO READ: Actor Mr Ibu Recounts Near-Death Experience After He Was Poisoned By His Staff

“It is evidently ungodly for people to gloat over the fact that I am not feeling well. God does not approve of such disposition and those who engage in that pastime are only mocking and playing God.

“I have never claimed to be a superhuman being. I do not deny the fact that I am not well. I am outside the country for my medicals, which were delayed because of the lockdown occasioned by the COVID-19 pandemic.

“After a series of tests, my doctors confirmed that I have some health issues.

“It is therefore ill-advised and inhuman for those who are not comfortable with the position I took in the Edo election to joyfully circulate in the social media that I have health issues and that I have slid into coma. Well, I leave them all to God.

“I am over 60 years. I thank God who gave me the gift of life, an opportunity to live a good life, the grace to build a legacy of achievements and, most importantly, a good name, which is better than silver and gold.

“I hold dearly to heart the words of the scriptures that there is a time to be born; and a time to die. But what is most important in life is what I have done with my life. And, this applies to every mortal being.

“Edo election, which is the reason they are doing this, has come and gone. Those who are opposed to me for taking a position in the election, which they won, should leave me alone and get busy with their life.

“I have moved on with life. I advise them to do the same instead of dwelling in the past. Nevertheless, I wish them well in all they do.

“God is on His throne and to Him be all glory, honour and adoration.”

We Are Not Owing Salary Arrears – Oyetola’s Aide