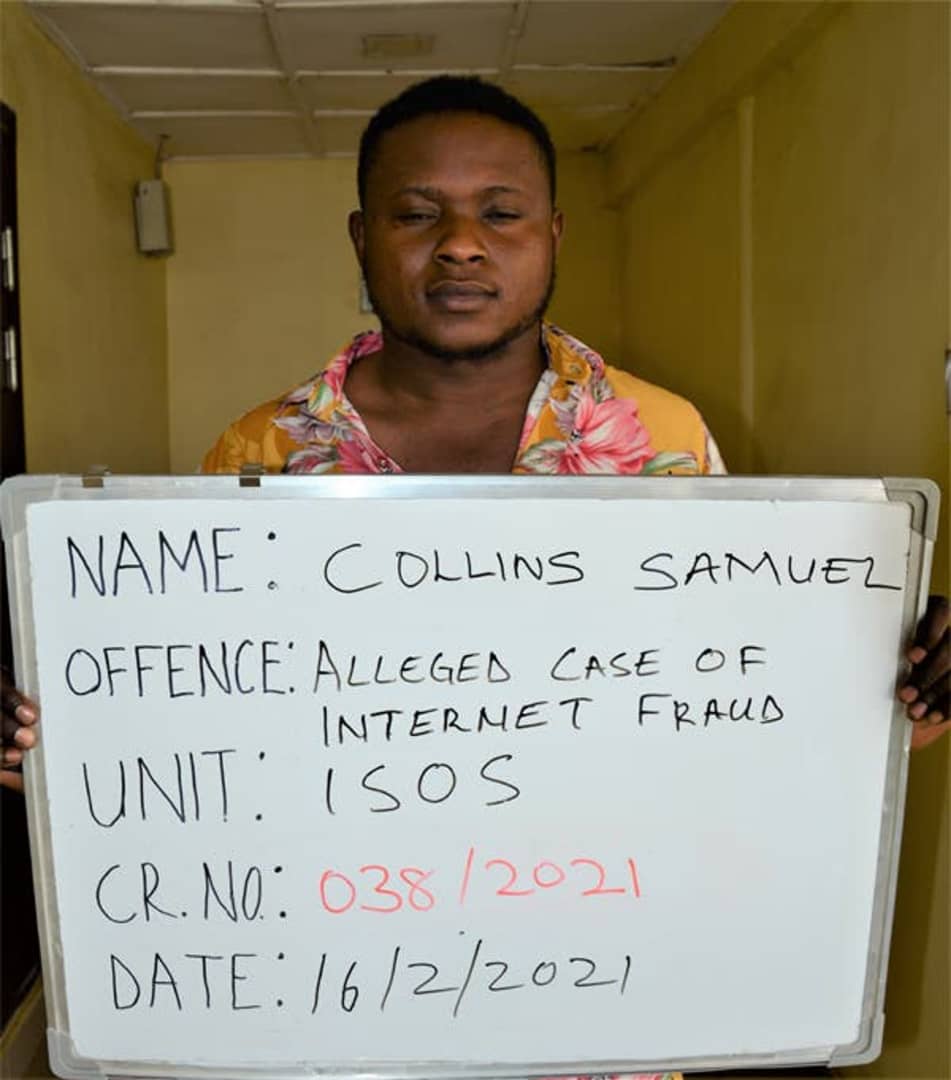 Collins Samuel, an alleged fraudster who obtained $8000USD as Covid-19 benefit from the US state of Virginia, has been remanded in EFCC custody by Justice P. Mallong of the Federal High Court sitting in Kaduna, Kaduna State.

Samuel was remanded, after pleading ‘not guilty’ to a one count charge that borders on impersonation and obtaining by false pretences, brought against him by the Kaduna Zonal Office of the Economic and Financial Crimes Commission.

He was arrested in Jos, Plateau State where he fraudulently represented himself as Ashley Coopper, an American citizen affected by Covid – 19, and obtained $8,000 in Pandemic Unemployment Assistance (PUA) from Virginia, United States.

Investigation revealed that Collins redeemed the $8,000 benefit through bitcoin wallet addresses he got from various cryptocurrency traders.

The charge reads, “that you Collins Samuel sometime in February, 2021 in Jos, Plateau State, within jurisdiction of this Honourable Court, did commit an offence to wit; impersonation when you fraudulently held yourself as one Ashley Cooper, a citizen of the United States of America and through that identity you applied and received a total sum of $8,000 (United State Dollars) from the State of Virginia as ” Pandemic Unemployment Assistance ) with the intent to gain advantage for yourself and you thereby committed an offence contrary to and punishable under Section 22 (2) (b) (1) & (ii) of the Cyber Crime ( Prohibition, Prevention, Etc) Act, 2015”.

Justice Mallong adjourned the case till March 22, for determination of bail application and trial.

In a related development, the Kaduna Zonal Office today March 11, 2021 arraigned one Precious Bala Musa on a three count charge of internet-related fraud before Justice Mallong.

The defendant was arrested in Keffi Local Government Area of Nasarawa State following information which linked him to series of fraudulent activities that borders on false representation, identity theft and obtaining by deception. He was particularly alleged to have defrauded a victim the sum of $17 000 USD.

One of the charges preferred against him reads: “that you Precious Bala Musa sometime in 2020 at Keffi, Nasarawa State within the jurisdiction of this Honourable Court together with one “Samuel Uche” and others currently at large fraudulently obtained the password of one Irene Hackett and hacked her bank account and dishonestly retrieved the sum of $3,500 USD, thereby committing an offence contrary to Section 22 (2) and punishable under Section 22 (1) of the Cybercrime ( Prohibition Prevention, Etc) Act, 2015”.

The defendant pleaded ‘not guilty’ to the charges, prompting the EFCC counsel, P.C. Onyeneho to ask the court to fix a date for commencement of trial while the defendant is remanded in the Correctional Service’s custody pending trial.

Counsel to the defendant, C.J. Nwogu however asked that the defendant be remanded in EFCC custody pending the determination of his bail application.

Justice Mallong, remanded the defendant in the custody of the EFCC and adjourned till March 18 2021.