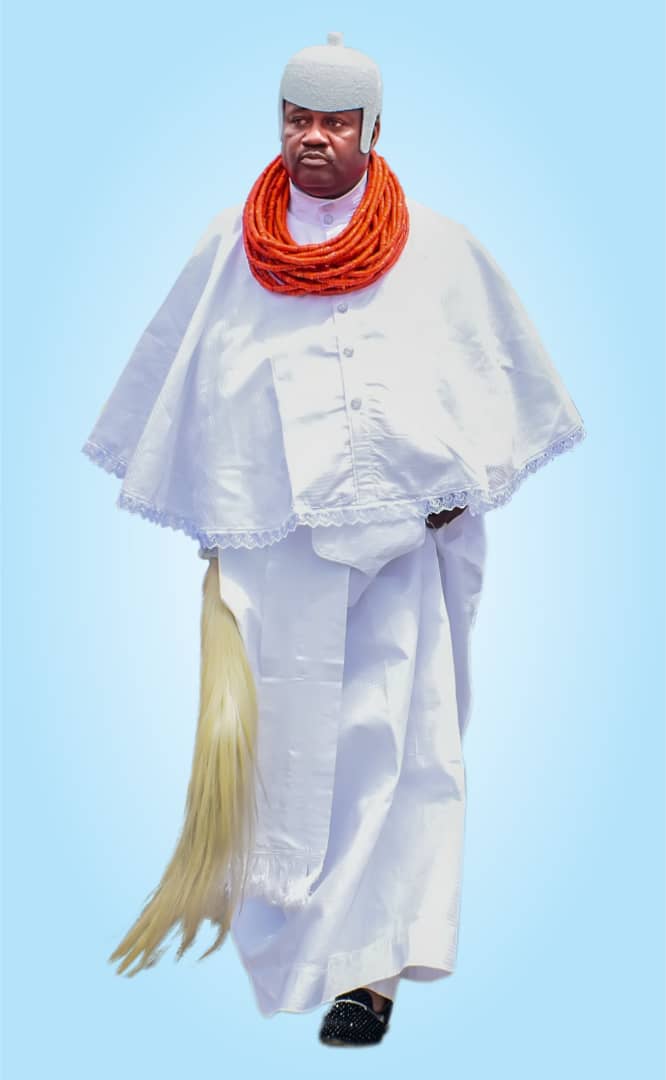 Delta state based musician, Captain Abel Igenisuobai, has apologized to the paramount ruler of Ogulagha Kingdom, HRM, King Joseph Timiyan JP and people of the kingdom over misleading production of an audio recording on the history of Ogulagha kingdom.

In a letter of apology to Chief William Igere, Chairman of Ogulagha Kingdom Traditional Council of Chiefs, the musician said he was sorry and apologetic over the wrongful presentation of the history of Ogulagha kingdom in the audio recording.

”While I sincerely apologize for the unlawful use of the picture of HRM, King Joseph Timiyan JP on the album and video cassette without his consent and approval, I realized that I should have taken proper steps to verify the facts I gathered about the history of Ogulagha kingdom before production and distribution to the public”.

He continued: ”I take responsibility for my mistakes exclusively, and I hereby undertake that the sale and further production of the audio cassette shall stop forthwith. I have consequently directed the producers of the cassette to stop further production, while steps have been taken to withdraw and retrieve all audio cassettes in all sale outlets in Warri, Bomadi, Yenagoa and elsewhere, and have destroyed same.”

Igenisuobai also pleaded for forgiveness from the monarch, chiefs, leaders and people of Ogulagha kingdom, assuring that such a costly mistake and blunder which undermined the integrity of the kingdom will never arise in course of his musical career.

Related Topics:Ogulagha Kingdom
Up Next

INTERVIEW: Prince Tsola Emiko As New Olu Of Warri Has The Support Of The Entire Itsekiri —Iyatsere