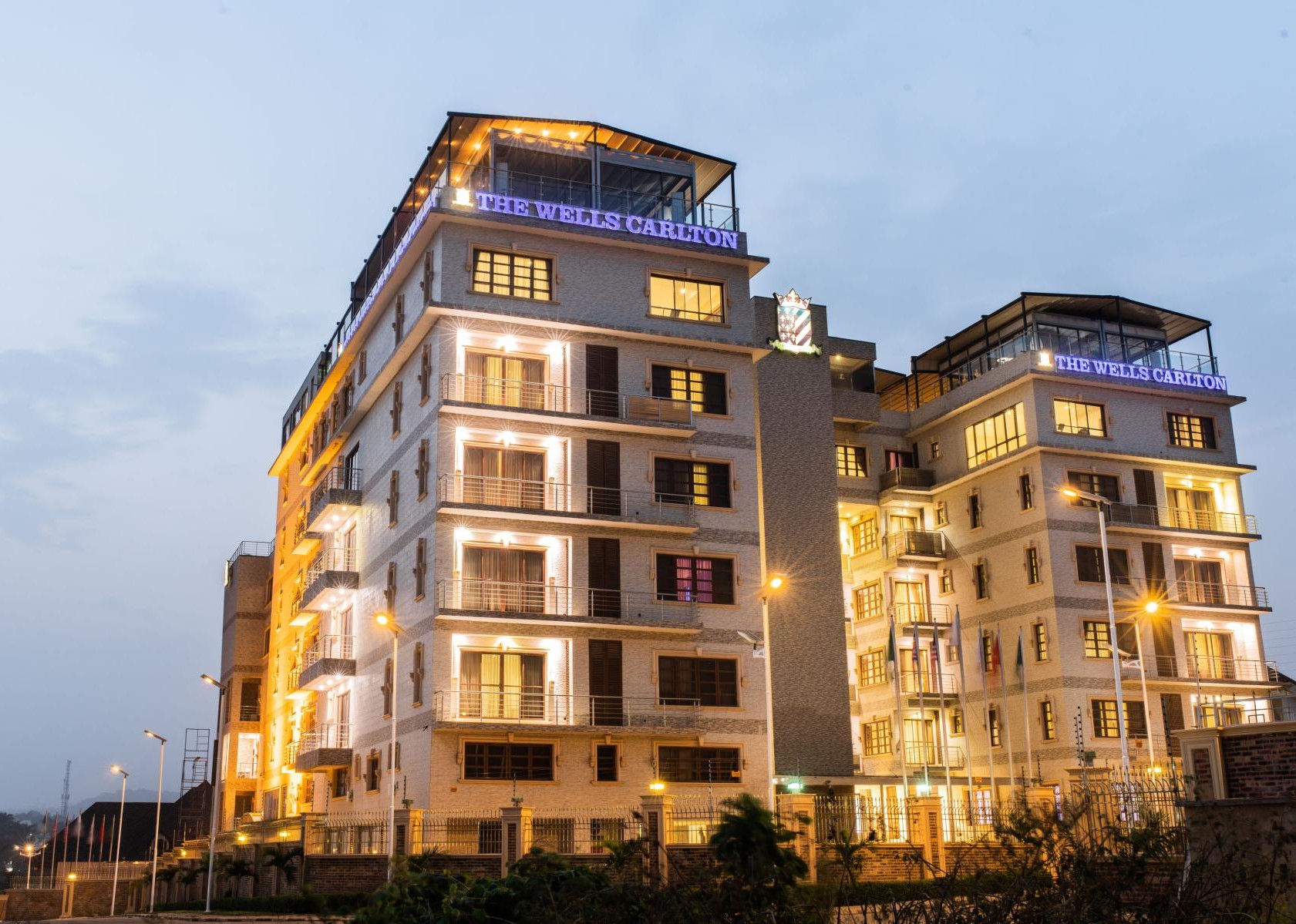 The Family in a statement yesterday in Abuja signed by Mr Kingsley Okunbo said their attention was drawn to a malicious story in an online newspaper claiming that the
family has put up Hosa Okunbo’s Wells Carlton Hotel for sale.

The family stated: “We hereby state, very unequivocally, that the media organizations which propagated this falsehood, are herewith given 14 days to retract this malicious and false publication; otherwise, we shall be left with no other alternative than to take necessary legal steps to further protect the integrity and dignity of our family.”

The family appealed to members of the public to allow them to grieve privately the loss of their precious gem and refrain from deliberate attempts to draw them out into the public arena.

Statement reads: “The family states from the outset that the story was reprehensible, preposterous, fallacious and outright mischievous. The writer went overboard in the enterprise of propagating a concocted falsehood in a noxious attempt to ridicule and dishonour the memory of Captain (Dr) Idahosa Wells Okunbo.

“While we would, ordinarily, have ignored the falsehood and the purveyors of the same, particularly because we are in a mourning mood in honour of our illustrious son, brother, father, grandfather and highly celebrated global citizen, we consider it imperative on the other hand to take this opportunity to quickly rebut the salacious narrative for the records, lest this lie from the pit of hell gradually assumes the garb of truth.

“We have yet to imagine the motive behind this wicked misinformation, which could only have emanated from mischievous authors and meddlesome interlopers. But we leave the resolution of the same in the hands of the Almighty God.

“Whereas, while Captain Idahosa Wells Okunbo was physically here with us, he had mooted the idea of selling some of his assets which, truth be told, he had inalienable rights to do in order to clear his table before his glorious transition; we are not privy to any conclusion on the sale of the said hotel nor his final wish on the hotel in his WILL.

“Suffice it to say, therefore, that the wicked story is nothing but an unfortunate figment of the evil imagination of some depraved persons, acting in tandem with the writers of the story.

“The Okunbo family stands united in ensuring the consolidation of the laudable legacy our departed dearly beloved son, brother, father, grandfather and highly celebrated global citizen left behind. We will leave no stone unturned to celebrate this generational gift to humanity and this he eminently deserves.

“Likewise, we also wish to note the video by agents of Satan, which we had earlier ignored, highlighting his so-called “palatial and state-of-the-art piece of residential architecture” on Banana Island, Lagos, which development has been ongoing for a few years now. This, again, is another wicked misinformation from demoniacs who will be judged appropriately by our Almighty Father in heaven.

“The family remains resolute and committed to honouring our great son of universal accomplishments. We are unyielding on this commitment and nothing will distract this family, under any circumstance(s), BEFORE, DURING and AFTER the burial obsequies. Our unity remains indissoluble and we remain more united henceforth to the glory of God.”

2023: Omoru Scores Okowa High, Says He Needs His Footprint To Succeed Him

Ogwashi-Uku Kingdom Reacts To Cultists’ Attack On Monarch, Says They Know The Sponsors