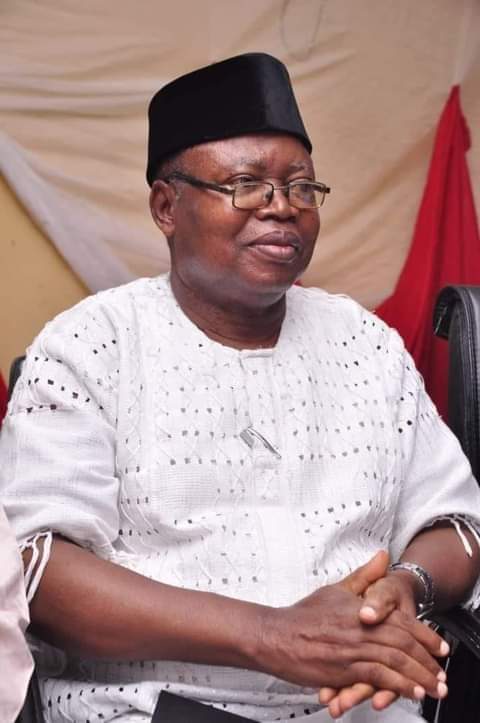 Ukala, who died Monday night after a brief illness, was a Professor of Theatre Arts and Drama at Delta State University, Abraka, until his recent retirement. He was 73.

In a statement by his Chief Press Secretary, Olisa Ifeajika, on Tuesday in Asaba, Okowa eulogised the late writer and actor for his immense contributions to the growth and development of literature in Nigeria, Africa and beyond.

He said that the works of Ukala promoted Delta particularly, the country and Africa, adding that he would be remembered and celebrated by lovers of literature across the world.

The governor described Ukala, winner of the 2014 Nigeria Prize for Literature and the 1989 ANA/British Council Prize for Drama with his bestselling books “Iredi War” and “Akpakaland”as a consummate patriot, great literary icon and teacher par excellence.

He said that with the demise of the legendary academic, death, the inevitable, had dealt a devastating blow on the literary community and left a lacuna that may be difficult to fill.

“On behalf of the government and people of Delta, I commiserate with the Ukala family of Mbiri, the Ika nation and the entire literary world over the demise of the cerebral writer.

“The late Ukala propounded the theory of ‘folkism’ which was to base literary plays on indigenous history and culture, composed and performed them in accordance with African folktale which has gained significant global recognition.

“Until his death, he was a member of the Governing Council of the three new universities we recently established and contributed his best in ensuring that the universities took off as planned.

“It is my belief that the late Sam Ukala will be long remembered and honoured for his huge impact not just in African folktale but dramatic arts,” he said.

Okowa prayed that God would grant eternal rest to the soul of the departed Ukala and comfort his family and all who mourn him.

Related Topics:OkowaSam Ukala
Up Next