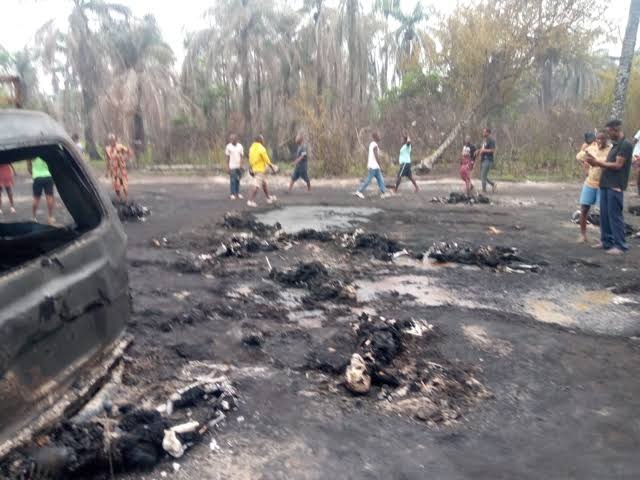 Six vehicles were also razed during the incident which had thrown the community into mourning.

The state Commissioner for Petroleum Resources, Goodluck Opiah, told Punch at the scene that the state government had declared the owner of the illegal refinery, Okenze Onyenwoke, wanted.

He advised the suspect whom he said was on the run to turn himself in at the nearest police station.

“This is a sad development. The Imo State Government has declared wanted, Okenze Onyenwoke, who owns this illegal refinery. I advise him to hand himself over to the police or any security agency,” the commissioner said.

Adding: “This is wickedness. This is economic sabotage. It is also destroying our youths. I, therefore, call on the youths to go away from this kind of illegitimate business. There are so many legitimate businesses one could do to make genuine money.”

An indigene of the community, who identified himself simply as Ejike said, “Nobody survived the incident. Those who were rescued yesterday have all died this morning. The casualty figure is over 100. This is sad. People are rushing to look for their relations but the unfortunate thing is that the victims were burnt beyond recognition.”