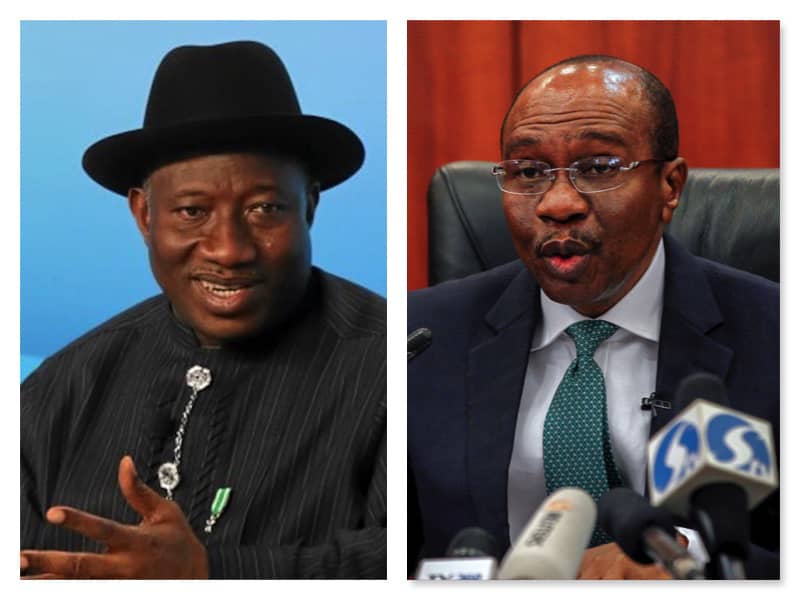 The bid to draft former president Goodluck Jonathan and Central Bank Governor, Godwin Emefiele into next year’s presidential race on the platform of the ruling All Progressives Congress appeared to have hit the rocks with uncertainty over their interest in the race.

For President Jonathan, it was learnt that some key loyalists of the former president, who could have given him the nod to go ahead with the race, had since become convinced that it would not be possible for the APC to concede the ticket to him, given the mood in the party and the body language of its leaders.

Jonathan’s backers, it was also gathered, had also not been forthcoming with details of how they intended to push through with his candidature given the array of other presidential aspirants who are laying claim to being ‘anointed’ by the powers that be.

The Jonathan’s circle of friends, it was learnt, were convinced that the renewed moves by some hawks within the APC to throw open the APC presidential ticket as is being done by the opposition Peoples Democratic Party, would also not favour their leader and therefore, advised him to steer clear of the muddy political water and keep his head high as a former president.

“We are not sure of anything as at the time I am speaking with you. We cannot say if the forms had been filled and submitted as at the close of submission of forms on Friday. We are monitoring the situation,” a source close to the former leader said without giving details.

Okowa’s Bid To Hijack Delta Communities’ Leadership: It Will Not Fly

PDP’s Definition Of Elected Delegates: What The Laws Actually Say

Christianity Did Not Come To Africa By The Whiteman