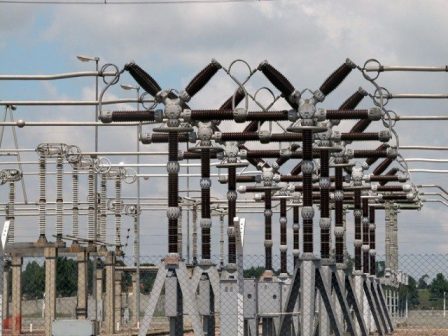 Mr Sanusi Garba, the chairman of Nigerian Electricity has stated that the agency has not approved tariff rate review in the power sector in recent times.

This was stated on Friday by Garba while addressing journalists in Abuja.

Garba stated that the last tariff review was approved on December 31, 2021, and became effective in February this year.

He stated, “I want to, on behalf of the management of NERC, clearly state that as of today (Friday), we have not approved any rate review and there is no indication that any electricity distribution company is increasing its tariff.

Adding: “If you notice that the rate you buy electricity has changed within the last one to three weeks, we want evidence. The information posted on the NERC website was the last tariff rate review in December 2021.

“Our function is to approve applications for tariffs for the distribution companies, and we have not received any.

“We have clearly said that we have an obligation by law to do minor review every six months to take care of inflation, forex and so on.”

On the issue of Eligible Customers Regulations, the Commissioner, Market Competition and Rates, NERC, Mr Musiliu Oseni, said it was still in place.

According to report, the eligible customer regulation permits electricity generation companies to sell power directly to customers whose consumption is more than two megawatts/hour over the course of one month.

Oseni said the regulation and the framework were in place, adding that the commission issued a letter to the market operators to stop the recognition of certain potential customers.

He said the customers were stopped because at the time, they had not secured the approval of the commission.

He stated, “As of today, we have a few customers that have been approved as eligible customers pending the review of the necessary documentation of other customers.

“Some of the customers that are yet to secure approval have some challenges, which include the inability of their potential generators to sell additional capacity to them.

“Under that framework, many of the generators had a contract with the Nigeria Bulk Electricity Trading Company, and you cannot contract the same capacity twice.”

Oseni added that such generators were already making moves to renegotiate the contracted capacity made with NBET to free some capacity to sell to eligible customers.

Research Institutions: Ngige Lied, We Are Yet To Suspend Strike

PDP Primaries: Lessons From The Tie In Ethiope Federal Constituency