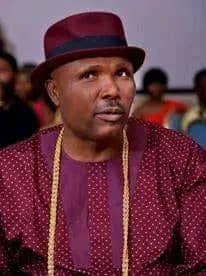 Dr. Tidi, in a terse statement released this afternoon, emphasized that Hon. Diden’s popularity is unmatched in Delta South Senatorial district in particular and the state in general, urging genuine members of PDP in the senatorial district to drop distractive tendencies under the guise of litigation and, ” join Hon. Diden’s winning train.”

Whilst stating that the Federal High Court judgment in Warri reminds of ,” the landslide victory Hon. Diden had during the PDP Delta South Senatorial Primary held in Warri “, Dr Tidi, reassured Hon. Diden of his determination to mobilise massive votes for him in Warri South, ahead of the general elections slated for February next year.

Related Topics:AffirmsCourtJourneyJudgmentTo Senate
Up Next

2023: Presidency Will Come To South-East After Atiku — Ihedioha