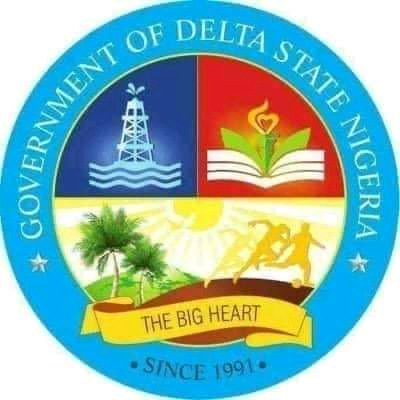 In a bid to expand the frontiers of its educational development, Delta State Government (DTSG) has approved the establishment 22 new schools comprising 9 primary and 13 secondary schools across the state.

The Commissioner for Works (Highways and Urban Roads), Noel Omodon disclosed this on Thursday evening at Government House, Asaba, while briefing journalists on some of the decisions reached at the State Executive Council (EXCO) meeting presided over by the Deputy Governor of the state, Deacon Kingsley Otuaro.

Omodon pointed out that the new primary and secondary schools were approved by the state exco in response to the demand for schools in areas where such educational facilities were lacking.

Apart from the approval for the establishment of the new schools, he said, Exco also, approved the change of name and status of some of the existing primary and secondary schools in the state.

According to him, the payment of the counterpart funding for the UBE 2022 cycle was approved by the Exco to strenghten the delivery of qualitative  educational services aimed at further promoting mass literacy in the state.

The Works Commissioner also disclosed that approval for the supply of laboratory/workshop equipment to University of Delta was equally approved by Exco to enhance academic activities in the university.

“The establishment of nine new primary and 13 new secondary schools in the state was approved by the state Exco in areas where there is demand for schools to cater for the shortfalls in those areas.

“Approval was also given by Exco for the change of name and status of some of the existing primary and secondary schools in the state, the Commissioner added.

On the Kwale Industrial Park, Omodon said Exco approved investment into a modern production facilities at the park where things like flat bars, nails, screws and angle among others would be produced, adding that the state government had equally approved equity participation at the Kwale free zone (Industrial Park).

“The Emevor/Ivrogbor/Orogun Road phase l that has been an issue in Isoko area and Samagidi/Izejagbo Village Road in Ethiope East were approved for construction.

Under the Girls Entrepreneurship and Skills Training (GEST) Programme, Omodon said, the state Exco gave approval for the training of 500 young women to boost the employment generation and wealth creation drive of the Okowa led administration in the state.

While saying that some funds have been approved by Exco for the completion of the Ogheye floating market, the Commissioner pointed out that approval was also given for the reactivation of the Warri/Effurun Water Project.

“We approved a participation with a private agency in the Warri/Effurun Water Project and we are going to guarantee some of the funds by APG so that we can get the water facility functional,” he stated.

Related Topics:22 NewDeltaEstablishesSchools
Up Next

The Best Political Party In Nigeria