DELSU: Why We Passed A Vote Of No Confidence On The Pro-Chancellor —Pensioners 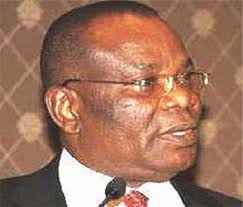 Speaking to Oasis Magazine (OM) during an exclusive chat, Dr. Itedjere added that they made this move over Prof. Oyovbaire’s abdication of his responsibilities, his unapproachable nature and high handedness.

He continued: “We were surprised that the Governing Council Chairman denied us access when we requested to pay him a visit last year December to enable us discuss the way forward over the non-implementation of the 33% salary increase to pensioners nationwide and failure to pay those who retired since January, 2016 till date.

He said further: “We are being owed pensions with effect from July 1, 2009. The university management told us that the State Government has to domesticate it and that no state university was paying pensioners the 33% increment and we had to go to other universities to confirm if it was so.

“We also met with Hon. (Chief) Evance Ivwurie, Member representing Ethiope East Constituency in the Delta State House of Assembly, who asked us to write officially to enable him address the matter. This, we did, but, since then, he has not been picking our calls or responding to our text messages.

“Also, we were supposed to meet the Vice Chancellor six months ago, who promised to call us. But, nothing has come out from that end. That is why we decided to go to the press and tell the world what is happening.

Continuing, he said: “We planned a protest during the last convocation in the institution, but heeded the DPO’s advice who warned that the protest could be hijacked by hoodlums.

“After our publication in one of the national dailies, Vanguard Newspaper, on the 12th of June, 2018, where we passed a vote of no confidence on the Pro-Chancellor and Chairman of the Governing Council, the management, in a counter publication, said that the staff and students of DELSU have implicit confidence in him (Prof. Oyovbaire).

The management, in her rejoinder, said that they did not owe pensioners and were keeping up with the payment of salaries and pensions in spite of the harsh economic situation in the country.

This claim, Itedjere argued, was not true, adding that it was laughable that the university authority asked for proof from other universities that were paying the increment, and at the same time said that it had to be domesticated by the state government.

“As far as we are concerned, the Governing Council ought to approve this money and tell the Governor how to go about the payment to us,” he opined.

According to him, the total numbers of pensioners in DELSU to benefit from the 33% increment are 248 and the supposed monthly pay N3.77 million which sums up to over N408 million as at 30th June, 2018.

He called on DELSU management to do something quickly to pay them, threatening to take any legal means necessary to compel the university authorities to do the right thing.

In a recent publication, pensioners warned that failure by the state government to do the needful may affect the re-election bid of Senator Dr. Ifeanyi Okowa, as all the families of pensioners in the state will work against him (Okowa).