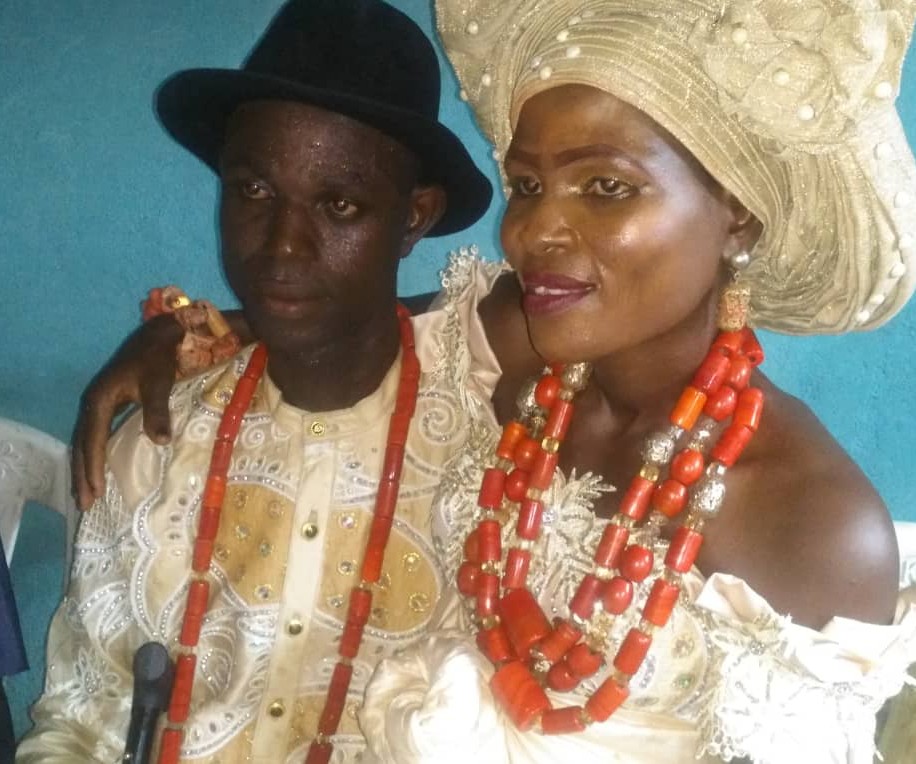 The traditional marriage ceremony which took place at the bride father’s compound in Egbo street, Kokori witnessed many personalities in attendance who came from far and near to grace the ceremony including the executive and members of the National Association of Urhobo Professional Orators (N.A.U P.O), Kokori branch, which was described by some as the best of its kind.

The bride’s father, Mr. Johnson Igoki prayed for the successful marriage of Mr. and Mrs. Onakpoma and that they excel together in any thing they put their hands to do in life.

High point of the ceremony was the presentation of marriage gifts to the new couple.

Igangan Massacre: Who Is To Blame?

2023: I Am Disappointed With Okowa Over Statement On PDP Zoning Arrangement –Nwaoboshi

Omene: There Is No Way I Will Hand Over The Affairs Of UPU To An Ijaw Man

BREAKING: Popular Pastor, Rev Akinola Is Dead…See List/Photos Of Clerics Who Have Gone To Be With The Lord Within 6 Months