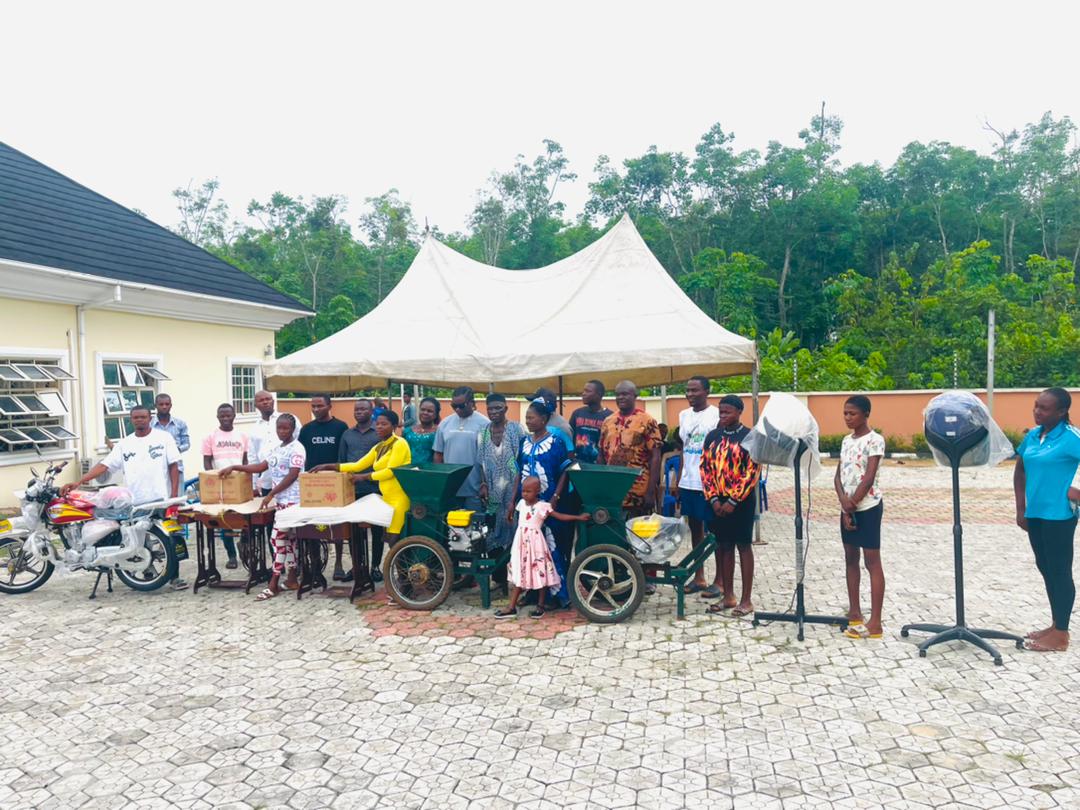 In line with Governor Okowa’s job creation program, the Special Assistant to Senator Ifeanyi Okowa on Youth Development, Honourable Buchi Franklin Omenogor has distributed equipments worth millions of naira to the people of his area.

Presenting the equipments to the beneficiaries at Amai, Ukwuani Local Government Area of Delta State, he said he decided to embark on the project to enable him create job and job opportunities for the people.

He said the idea was also to support the State Governor, who according to him has created jobs that removed many youths from the streets, describing Senator Okowa as a Governor that has the interest of the youths and the entire state at heart.

While appealing to the beneficiaries to put the equipments into good use, he said another reason for the empowerment was to enable the youths to be self dependent and equally contribute to Local, State and national development.

Honourable Buchi Omenogor said youths were the bedrock of every nation ,hence they should be mindful of the companies they keep, programs they involve themselves  and actions they take, to enable them become better leaders of tomorrow.

He said the major things that give him joy is seeing youths that would be fruitful to their nation, calling on youths to anchor their lives on God and avoid short cut to success, which according to him leads to destruction.

It would be recalled that Buchi Omenogor equally distributed writing materials worth thousands of naira to schools in Ndokwa nation and the state in general, including Alegbor primary school and keystone international nursery, primary and secondary schools at Effurun, were he attended, as soon as he was appointed as special assistant to the Governor .

Some of the equipments presented to  the beneficiaries include sewing machines, motor cycle, hair dryers, grinding machines and others’.

The beneficiaries which include Oji Destiny, Ikogwe Nkechi,Otunuya Abigail, Etiyemonu Ijeoma, Loke Queen, Ishiekwene Tracy, Nmor Lucky and others who spoke to newsmen shortly after receiving the equipments, thanked God for the provision.

They described Buchi Omenogor as a philanthropist that has borrowed a leaf from his father, Ambassador Dele Omenogor, the uncommon philanthropist, saying that Buchi is a replica of his father.

They assured the donor that the equipments would be put to good use, praying God to continue to protect, provide and preserve Honourable Buchi Omenogor and his entire family, to enable him continue with his good works.