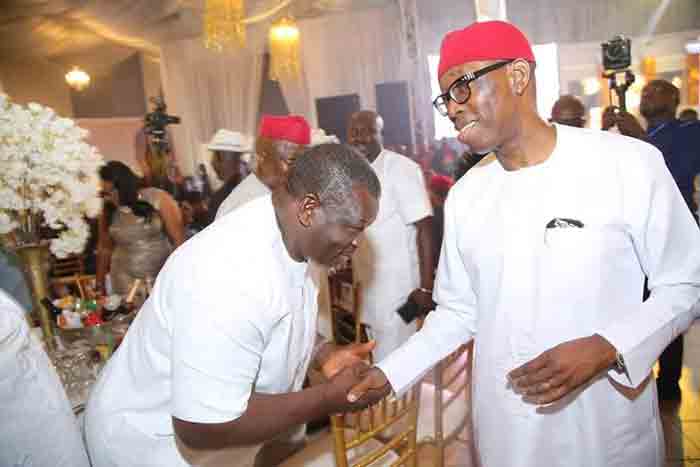 As Delta State celebrates its 29 years of creation, the Member Representing Ukwuani Constituency, and Deputy Speaker of the State House of Assembly, Rt. Hon Christopher Ochor Ochor, has felicitated with the State Governor, Senator Ifeanyi Okowa, and Deltans.

In his message, he stated that the state had moved from the state that was very volatile and undeveloped at the time of creation, to one that has seen even distribution of development amongst the three senatorial areas.

Hon Ochor called on Deltans to thank God for the progress the state has recorded in the area of peace, security, infrastructural development, which can be attested to by those living in the remote areas, especially in the creeks of the Niger Delta, where roads and bridges have been constructed.

He pointed out that within this period, the rate of human capital and infrastructural development has been high in the area of number of students in take, and those that had graduated from all levels of educational programmes in the state, the increase in the number of health facilities, good environment for businesses to thrive, and in sports activities.

“The past 29 years have been a year of learning, and peace building amongst the various ethnic groups in the state. We have moved from a state that was very volatile in terms of differences to one that is very peaceful and united.

“Within this period, many areas which were not reachable due to a bad terrain can today be reached as roads, bridges have been built in those areas, especially the most difficult areas of the creeks.

“There is evidence when you travel round the state, that the three senatorial districts have been evenly touched by development, over the years, most especially under the government of Senator Ifeanyi Okowa, where nodal roads, bridges have been built to facilitate the social and economic development of the state.

“We have also witnessed increase in numbers in the area of human capital development, as there have been an increase in the number of students intake, and the number that are graduating annually, from various academic institutions.

“I congratulate Senator Ifeanyi Okowa, and all Deltans for achieving peace, harmony and basic socio economic indices within this 29 years. I encourage all to continue our support for the government and those representing them to achieve more social and economic development.

“We have been blessed. And we thank God for the blessings,” he stated.

Okowa Salutes Ovie Of Agbon At 70

Wike Urges Judges To Be Courageous To Achieve Independence