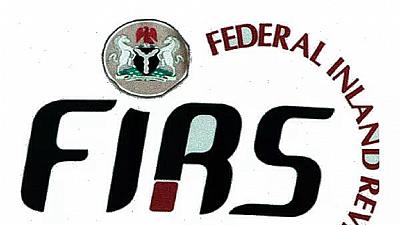 Gombe State Governor, Inuwa Yahaya has admonished Governor Babajide Sanwo-Olu of Lagos and Rivers State Governor Nyesom Wike to back down on their demand for state administration of Value Added Tax (VAT) across the country, warning that such policy could leave people of his state worse off.

“The VAT issue will have adverse effects not only on Gombe State but almost all the states of the federation,” Mr Yahaya said at an event in which he was represented by Gombe finance commissioner Muhammad Magaji on Wednesday.

Speaking at the start of a Technical Workshop on the development of the state’s Medium-Term Sector Strategy (MTSS), Mr Magaji also appealed to the governments in the entire southern region to put “sentiments” aside and “be their brother’s keepers.”

Mr Magaji who claimed to be a part of a recent discussion by all commissioners of finance across the country lamented that only Lagos, Rivers and Delta would survive without assistance.

“The realisation was that only Lagos, Rivers and probably Delta states would be able to pull through without this VAT being administered centrally,” he noted.

Speaking further, he urged all states “to put sentiments behind and work towards a federation that is one, by being our brothers’ keepers and ensuring that what is pull together at the centre is distributed to be able to balance resources across the country.

“Don’t forget that the oil-producing states collect only 13 per cent derivation, so if you say every state will take whatever resources it has, that means we are starting a very dangerous trajectory that will not augur well for the federation called Nigeria,” the commissioner added.

In August, the Port Harcourt Division of the Federal High Court ruled that the state government should take charge of VAT after Mr Wike’s administration filed a suit seeking the power to do so, accusing the federal government of cheating the state and operating an opaque and illegal tax policy.

Mr Wike also argued that some states have prohibited beer consumption, a major driver of VAT accruals, and should not be allowed to enjoy revenues from states that allow alcoholic drinks.

The court, presided by Justice Stephen Pam, noted that the Rivers government and not Federal Inland Revenue Service (FIRS) was authorised to collect VAT.

Days after the court ruling, Mr Wike signed into law the bill on VAT collection in the state, a move that was subsequently welcomed in Lagos by Mr Sanwo-Olu.

Meanwhile, Governor Aminu Masari said Katsina was appealing against the ruling by the court, arguing that it would trigger a burden on people. The governor is backed by the FIRS, a federal agency controlled entirely by President Muhammadu Buhari.

Although the president is yet to weigh in on the VAT controversy, critics said he has been behind a recent proposal by the FIRS to change existing laws and strip states of powers to administer VAT in their jurisdictions.

2023: Omoru Scores Okowa High, Says He Needs His Footprint To Succeed Him

Ogwashi-Uku Kingdom Reacts To Cultists’ Attack On Monarch, Says They Know The Sponsors