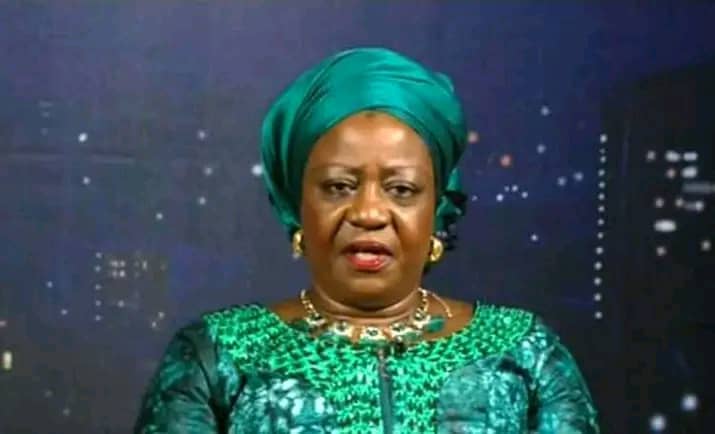 A non political group, Aniocha-Oshimili Elders Association also called the Elders Association of Aniocha – Oshimili Izu-Ikei, has described the nomination of Mrs. Lauretta Onichi as the substantive Chairman of the Niger-Delta Development Commission (NDDC) by the President and Commander – in – Chief of the Armed Forces of Federal Republic of Nigeria, President Muhammadu Buhari GCFR as well deserved.

The commendation was contained in a Release made by the President of the Association, Sir, Prince Clement Okoji and Secretary Chief Chris O.O Biose of the Izu-Ikei Anioma – Oshimili Association and made available to the Press by the publicity secretary Uche Emma Aboh.

The Izu-Ikei Anioma commended Mrs. Onochie for the prodigious energy, sharp intellect and unstinting loyalty which she has displayed in her present position as Special Adviser to the president on Social Media, saying that this feat has earned her the nomination by Mr. President as the Chairman NDDC Board.

The Association thanked Mr. President most sincerely for judiciously exercising the powers conferred on him under Section 2 (2)(a) of the Niger-Delta Development Commission (Established) Act, 2000, and respectfully urged the Distinguished Senate of the Federal Republic of Nigeria to expeditiously perform their constitutional role by confirming the nominations for the Board of the NDDC made by Mr. President so that thus important interventionist agency can start work in earnest for the benefit of the people of the Niger-Delta and the country as a whole.

The statement added: “As an illustrious daughter of Anioma which is covered by the Niger-Delta Development Commission Act 2000, we wish to assure all stakeholders and communities in the Niger-Delta and indeed the entire citizens of Nigeria that Mrs. Lauretta Onochie will bring to bear on her new assignment, the fundamental values and ideals of Anioma people in trustworthiness, truthfulness, honour, diligence, valour and personal integrity in the management of the affairs of NDDC.

“We are therefore very confident that if confirmed as substantive Chairman of the NDDC by the Senate, Mrs. Onochie will bring her sterling qualities and passion for excellence to institute a new dawn of probity, commitment, discipline, transparency and dedicated service in the NDDC.”

Related Topics:ChairmanDaughterNDDCNominatingPresident Buhari
Up Next

NiMet Alerts On Thick Dust Haze Over Some Northern Cities