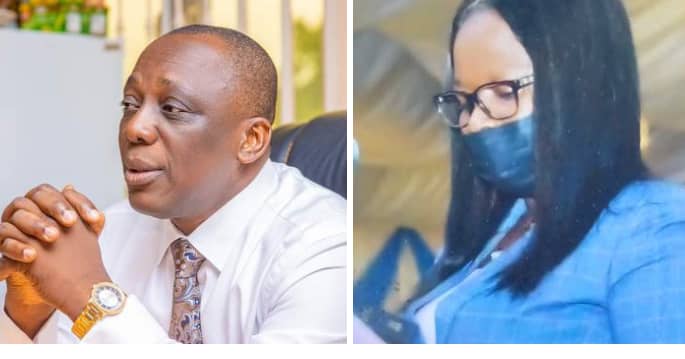 The Honourable Commissioner for Science and Technology, Chief Oma Jennifer Adasen, has congratulated her brother and friend, Barrister Peter Mrakpor (SAN) on his birth anniversary.

In a congratulatory message, she described Mrakpor as a humble gentleman who has demonstrated strong commitment to the growth and development of the Smart Agenda of Governor Okowa.

She noted that Peter Mrakpor as an astute SAN, boardroom guru and politician, is a peace crusader of democracy and gentle goal-getter, who is attracted to many Deltan’s through his humility and kind gesture.

She added: “On behalf of my family, i join political associates, friends and the Ministry of Science and Technology to fecilitate with you my brother and friend, Honourable Peter Mrakpor (SAN), former Attorney General of Delta state, on his birthday anniversary.”

She prayed for God’s continued wisdom, upliftment and sound health to sail higher.

Out Of School Children: 960 Girls Enrolled Into Schools In Adamawa –LSD Director