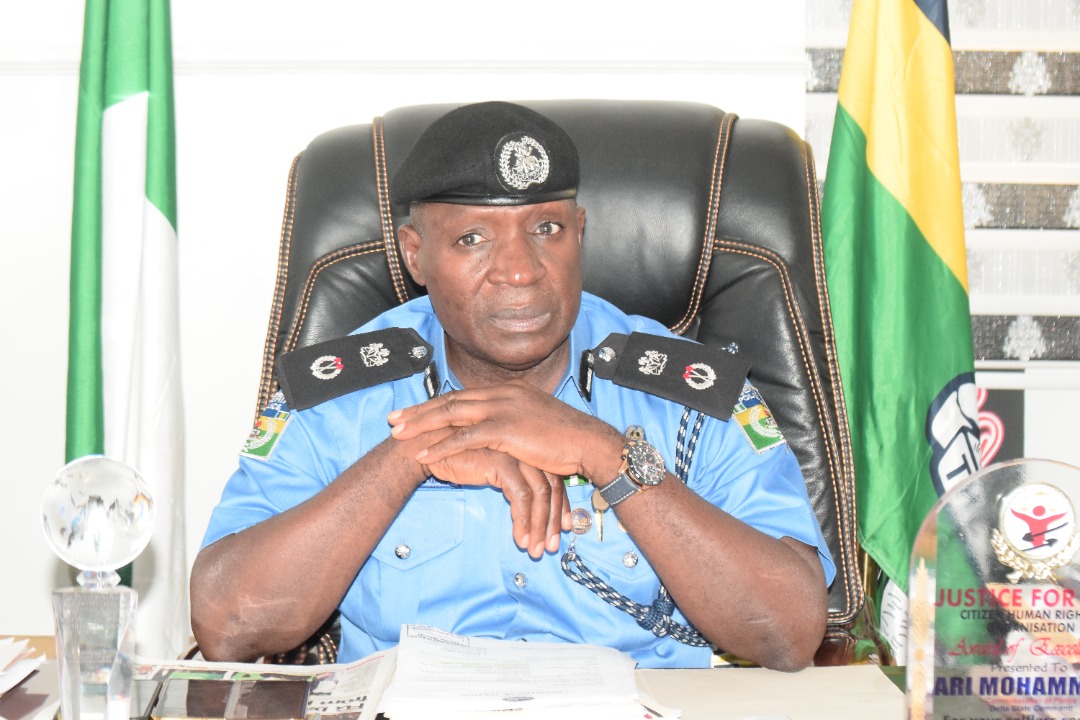 Police operatives of ‘B’ Division Warri patrol team, in Delta State have neutralized two members of a kidnapping syndicate in Warri.

The said operation took place on the 24th of December, 2022 at about 11p.m. while on night surveillance patrol duty along Okumagba Estate roundabout in Warri South LGA.

A statement by the police spokesman in the state, DSP Bright Edafe, said “they intercepted a tricycle with two male occupants, and subjected them to a search.”

“During the search, three live cartridges concealed under the seat of the tricycle were recovered. The suspects were taken into custody. Upon interrogation, suspects confessed to be members of a five man kidnapping syndicate operating around Warri and its environs.”

According to the statement, “acting on their confessions,
on 25/12/2022, the suspects led police operatives to their hideout at a house located along Upper Erejuwa Street, where one (1) AK49 rifle with breach no. 11876, one (1) locally made double barrel long gun, two (2) machetes were recovered.”

The police said “on their way back to the police station, the two suspects jumped out of the moving police Hilux vehicle in an attempt to escape, but the policemen gave them a hot chase,” adding that “in a bid to demobilize them, they were maimed by the operatives, and rearrested.”

The suspects gave up the ghost while they were being taken to the hospital.

Edafe said that manhunt for the other members of the gang is ongoing.