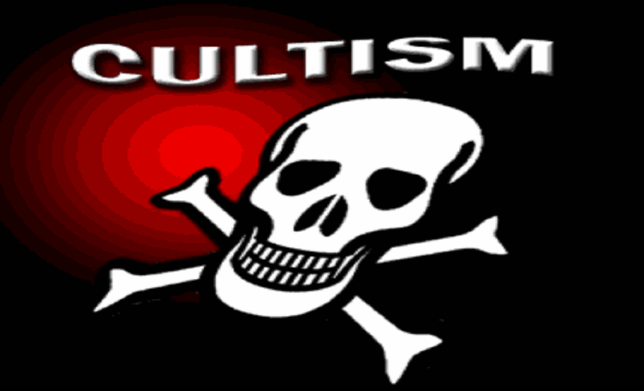 By Dele Ogunyemi, Warri
One person was killed as rival cultists engaged in a shooting spree in Ughelli, headquarters of the Ughelli North Local Government Area of Delta State.

Sources said the deceased, a suspected kingpin of the Bagar Confraternity, was believed to be the arrowhead of some recent killings and robberies in Ughelli and environs.

The remains of the deceased, who was reportedly killed by members of the rival Aye Confraternity, were said to have been recovered by the Ekakpamre River in the Ughelli South Local Government Area of the state.

It was gathered that the deceased was killed the same night three riot policemen were shot dead by gunmen while on guard duty in Ughelli.

Recall that there was a heavy shootout in Ughelli and Eruemukohwarien, a neighbouring community, when rival cultists clashed recently.

Sources said that the news of the death of the suspected cultist brought relief to residents of Ughelli and its environs due to his reputation.

A source, who spoke on condition of anonymity for security reasons said, “He (the deceased) was known for killing and robbery in the entire Ughelli North Local Government Area and beyond. He was the ringleader during the recent cult crisis that led to the multiple killings and burning of houses in Ughelli and its environs.

“He was at different times sent to the prison for criminal offences bordering on cult activities, killings and other related social vices.

“He was on the wanted list of the police in the state. But he met his waterloo on Sunday night.”

Meanwhile, security sources in Ughelli said the police at the ‘A’ Division were already investigating the circumstances behind his killing with a view to unravelling those responsible as well as those behind the killing of the mobile policemen and stole their service rifles.

The Police Public Relations Officer in the state, DSP Onome Onovwakpoyeya, could not be reached for comments as of the time of filing this report.

The North And The Effect Of Janus -By Hassan Gimba

President Biden Moves To Help LGBTQI+ People in Nigeria, Others With Resettlement Visa

Adeboye: What I Asked For When I First Met Kenneth Hagin

Waive Reacts To Death Of Apostle Moses Grandeur, Says “It Is Sad He Left So Soon”